What does it take to build a three-wheeler kit car special completely from scratch?

Mike has worked with us at Magnapower now for just over a decade as our Site Service Manager – you only have to chat with him for a few minutes to realise he’s a kit car fanatic who knows his stuff!

“With classic restorations you’re always constrained by things like appropriate colours and parts. With a kit car you’re basically free to do what you like & I much prefer that way of thinking!“

You would expect that building a kit car completely from scratch would be quite expensive. However, this SS2 build only cost Mike £4500 to build & register – bargain!

His most recent build – MEK SS3 – is Mike’s third & so far and he says his best creation!

As our Site Service Manager, Mike is a very hands on kind of guy. This really helped him keeping costs down as he does everything himself – the chassis, bodywork & paint…even the bespoke steering wheel!

Mike’s fascination with three-wheelers began with the Reliant Regals, Robins and Bond Bugs of the 70’s. His father used to work at the Tamworth Reliant Factory and he had many a story to tell about them building the Bond Bugs & how they would drive them around the workshops without the bodies on. 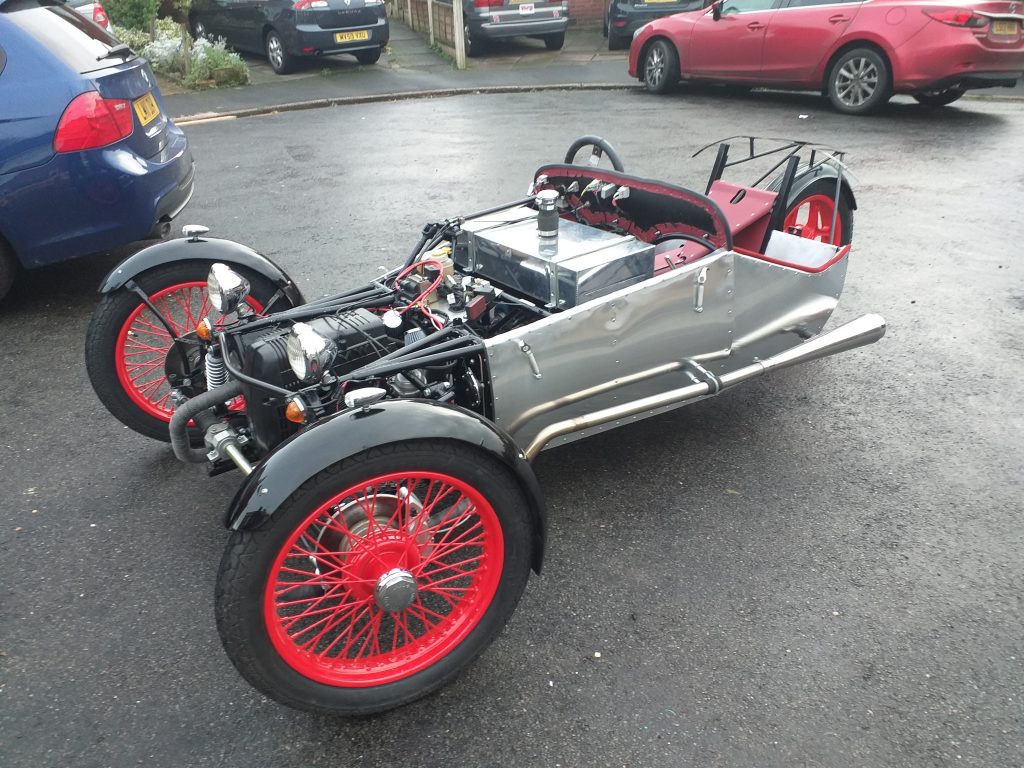 So what’s the key thing to creating a bespoke kit car build? Research.

Mike spent a lot of time researching what was already out there in the world of three-wheelers which involved plenty of reading & grabbing his tape measure once in a while whilst walking around car shows.

Mike says that one big advantage to building a car from scratch is that you can tailor it to your needs & wants – so, as Mike is so hands on it comes as no surprise he began fabricating the chassis by placing a wooden board on his garage floor & began to draw his new car foundations around him!

Everything would fit where he wanted it.

We think it looks great Mike – its nice to have a classic car fanatic within the team!

You can read even more about Mike’s MEK SS3 build in July’s edition of Complete Kit Car Magazine so grab yourself a copy!

We can’t wait to see the next build!

Contact Us for more information using the link below: